Set up your ad campaigns to be profitable from the start...

I  bet you hear that all the time.

But you have to spend millions with a consistent budget. And you have to have the skill and, most importantly, the time to 100% focus on your ad strategies.

And that's why the little guys get frustrated and fail before ever really getting started.

Listen, I'm a little guy too in the realm of Facebook™ Advertising.

We don't compete with the major brands, don't have the never-ending resources to throw more money at it, and don't have the staff to monitor every little down-tick in advertising costs.

So, ours - like your advertising budget probably - has to be simple, effective and low-maintenance.

We're not a high roller in the advertising world. But we've invested tens of thousands in testing to create consistently successful campaigns here at MyNAMS.

We've had success and we've had failures. You will too.

But because we've tested and documented those, your learning curve (save money and time) will be shorter.

It wasn't until we started systemizing our ad campaign set up that we began seeing a consistent profit from our ad spends.

Facebook™, or any advertising platform for that matter, requires constant attention, testing and optimization.

Just finished the simple fb ads live webinar and boy was it packed with amazing content. If you weren't there live, plz plz plz be sure to watch the recording in the member's area when it's posted. Jen did an amazing job full of valuable content and action steps to take. I really appreciate the two of you doing this today with all that is going on in your lives right now. But wow, I was blown away with the teaching in today's session. Thank so much!

For us mere mortals who don’t have the big bucks to sign with an agency that charges 5 figure a month retainers, what’s the solution?

Attract only qualified leads and buyers to your business

Stay in front of your audience with converting offers and content

Lower your cost per aquisition when your ads are highly relevant

Increase conversions to get lower the costs

Use retargeting campaigns to increase your transaction opportunities with exposure

Like learning to play an instrument or a new language, practicing is important, but practicing the right skills correctly and continuing to practice even after mastering the skill is key.

When it's time to hire an agency to work with you on scaling your revenue, you must show up with a converting offer. That means you've perfected the funnel, the conversions and you're getting a positive ROI.

It’s not the agency's job to create your offer for you, but to get more sales for you by getting more traffic.

It’s your job to provide the offer.

In most cases, an agency won't even talk to you until you can show you've got a converting offer that's already getting traffic with conversion statistics behind it.

So, how do the little guys get started?

That's why we created:

But first, is this Master Class for you? It's not for everyone... 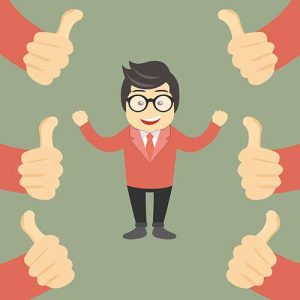 Are willing to test audiences, ad copy, ad creatives and offers in order to eventually scale

Have a conversion tracking system in place or can implement one

Then, this Master Class is for you! 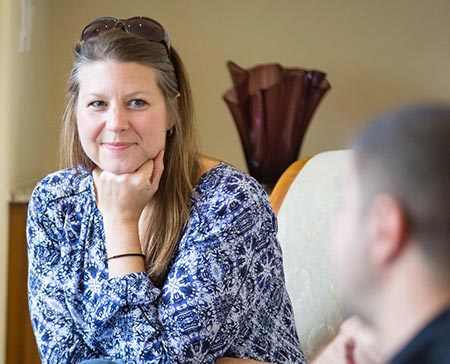 This course is being taught by Jen Perdew - Houlk, Director of Operations and Sales for NAMS, Inc.

She has handled all of the MyNAMS Facebook™ Ad accounts for the past 3 years.

Her ads have generated tens of thousands of dollars in revenue and over 5000 new leads for our business.

Her most recent ad campaign has generated a 125% ROI in the past 21 days (after 8 weeks of testing) and she's going to use this campaign to show you exactly why it's generating both sales and leads on a consistent basis. You'll see how she went from testing with a small budget to scaling this ad.

Don't worry, she's going to show you other successful ad campaigns including a series of retargeting ads that have generated over $6,600 in sales on less than $1,000 ad spend.

She’s going to dive in and show you how she’s doing it, how she tests, how she tracks her conversions and optimizes and adjusts based on her results.

This is NOT theory, but behind-the-scenes, hands-on experience using live Facebook™ Ad accounts.

Creating your campaign expectations, determining your goals and outlining your strategy are all areas most people skip. And they wonder why their campaigns are sucking money from their account with lackluster results. If you don't know what you want the results of your advertising campaign to be, you're setting yourself up for failure.

Outcome:  Creating the plan. You'll use our one-sheet reusable ad planner to do this

Module 2: Creating Your Avatar and Segmentations

If you don't know WHO your audience is, you can't write a single word of copy or design your ad creatives. In this module, we'll talk about creating your avatar and your segments. We'll distinguish between cold and warm traffic so you're creating the correct ad type for each.

Outcome: Complete the research and feel confident in who the avatar is you'll be marketing too.

When you know your avatar, it's easy to write your ad copy and design your creatives. In this section, we'll take a look at the elements of a current MyNAMS ad that generated over $4700 in revenue in a 4 week period.

Outcome:  Write your copy and design your ad for results.

Module 4: Setting Up Your Ads - This Is The Easy Part

At this point, setting up the ad itself is easy if you've completed the previous three steps. Here we'll walk through choosing the right objectives, the right ad network and custom conversions if needed.  We'll use all the content entered on your one-page ad planner to transfer to the ad builder.

Outcome: You should be able to hit the publish button when you're finished with this module.

Retargeting your website visitors can be one of the most profitable ad campaigns you run. We run more retargeting campaigns than we do cold traffic campaigns simply because they work.

In this module, we'll cover how to gather your audience and discuss why your ad copy can and should be different from your cold traffic ads. Retargeting ads are incredibly cost-effective and have a more evergreen shelf life than cold traffic ads.

Outcome:  You'll know how to set up a retargeting ad in minutes after this module.

Running a successful ad campaign means there are multiple conversion points along the way. You've got to know how to read the data and take action on the data. If you don't have a way to measure and track your conversions and results, you're wasting money. I'll show you how to do this using the Facebook Business Manager. You will not need any additional tools for this session.

Outcome: You will be able to read your ad data and make further decisions based on your numbers.

This module covers pitfalls and dangers most new advertisers face. The most important part of this section is knowing that most problems you encounter with your ads are fixable. You've just got to know how to look at the numbers and make non-emotional decisions when it comes to your ad performance.

Outcome:  Download the pitfalls and dangers one-page checklist so you can quickly troubleshoot any issues you've got with your ads.

Bonus: Tools to Help You Master It More Quickly

After the MasterClass is complete, you'll receive the transcripts of the entire class for your personal use.

In addition, you'll receive the PDF of the class presentations. Downloadable copies of the 1-page resources. MP3 audio files of the complete class. And unlimited access to the class.

What Our Members Say About NAMS 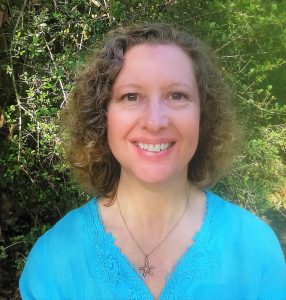 Jen is an incredible instructor. She has an encyclopedic knowledge of all things Internet Marketing and is able to brilliantly take that wisdom and break it down step by step for us neophytes. She is patient and thorough in her explanations and no matter the difficulty of the subject, she makes it understandable so that we too can master that challenging topic. I constantly tell people that my joining NAMS is like getting a Master's Degree in Internet Marketing. Jen's teaching is a large part of the reason for that. 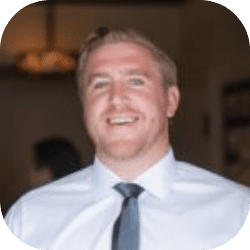 Jen is hands down the best conversion optimization person I have ever worked with. She distills complicated subjects like Facebook ads into a very simple equation: who are you targeting, what is their pain point, and how can we resonate with them quickly? She looked at my ads and tore them apart in minutes. And it worked. I started getting conversions. She told me exactly what to test, and over a period of 3 weeks, the growth I saw was unbelievable. 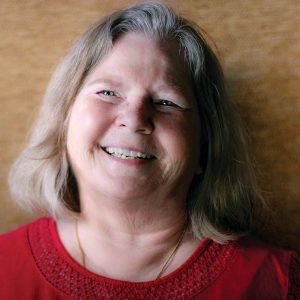 I can't wait to get my hands on this course. When Jen teaches, she takes you step-by-step guiding you through exactly what you need. She stays focused on what you need to know to achieve the best results possible. Grab anything Jen Perdew Houlk teaches. Really. Grab it. Then follow what she says one step at a time. 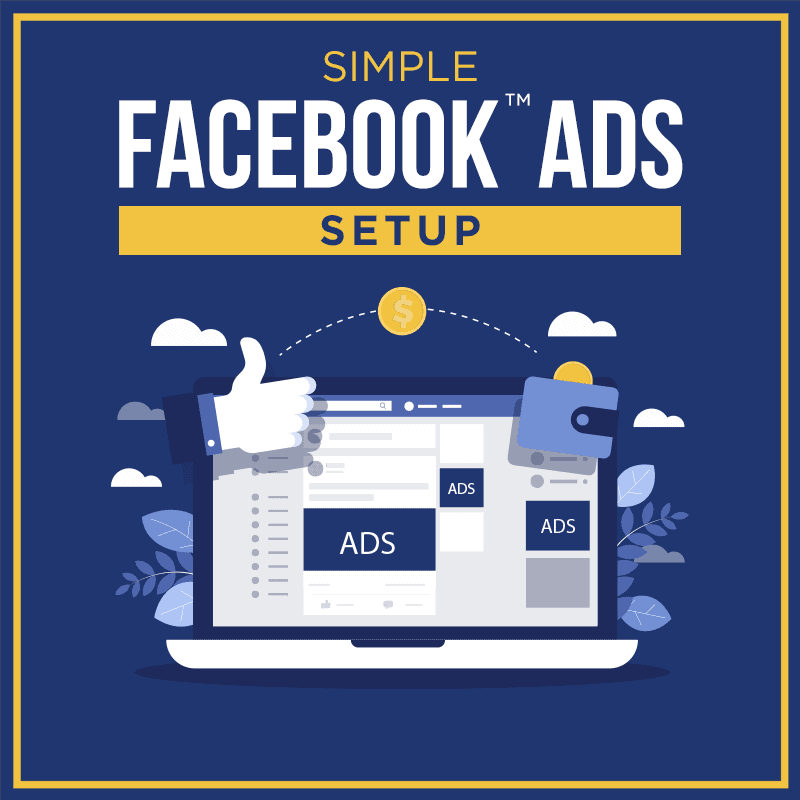 We stand behind MyNAMS Products and offer a cast-iron money-back guarantee. If you are not 100% satisfied with the product you’re getting today we’ll refund your money. So now you know you can try us risk-free.